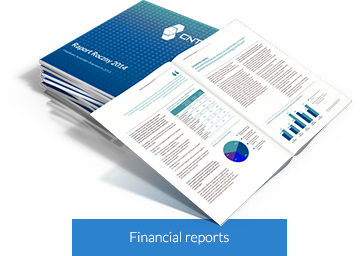 DIVIDEND PAYMENT IN THE PERIOD OF THE LAST FIVE YEARS

In addition, in 2011, the Company, by way of a public tender offer for shares buy-backs, announced in accordance with article 72, paragraph 1 of the Act on Public Offering, acquired a total of 1.560.099 own shares with a nominal value of PLN 4 each, for redemption. The shares were acquired at a price of PLN 9.50 per each share, for the total amount of PLN 14,820,940.50. The average reduction in subscriptions for shares was 81.69%.

* * On 27th June 2019, CNT S.A. purchased 590,000 own bearer shares, marked with the ISIN securities code: PLERGPL00014, with a nominal value of PLN 4.00 each share (Own Shares), for redemption. The acquisition of Own Shares was based on art. 362 § 1 item 8 of the Commercial Companies Code, on the basis and within the limits of the authorization granted by the General Meeting of CNT S.A. on 6th June 2019, through mBank Brokerage House, outside the regulated market, by invitation to submit offers to sell the Company's Own Shares, ensuring equal access to the Company's shareholders to exercise the right to sell their own shares. The shares were acquired for PLN 15.00 per share, which gives a total price of PLN 8,850,000 for the shares purchased.